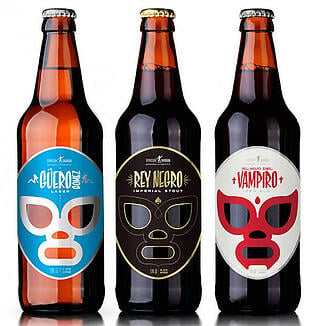 The craft beer industry now constitutes 20% of the national market which makes room for a variety of inspired brews and recipes that wherever your tastes lie, there is a beer for you. The industry has managed to maintain its independence even after becoming a market force, this is reflected by the presentations of the brands that grab the attention of the consumer.

These are 21 of the most creative craft beer names available ranging in taste from light ‘n’ easy, medium but bold and dark and stormy.

Do you know of a creative beer name that you don't see here? Let us know in the comments below and we'll add it in!