How to Spot a Bad Beer: Flat, Skunked & Oxidized

One of the best parts about craft beer is that there are so many different styles, brands 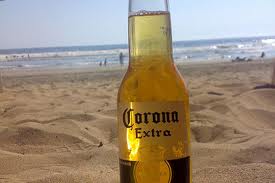 and companies injecting their personality into the beer while constantly pushing the limits. This is what makes the craft beer industry so amazing.

However, what is interesting, is that many of the craft brewers don't use preservatives in their beer (yay) but that causes a dececreased the shelf life of the beer. If not imbibed in the appropriate amount of time or stored correctly, the beer can potentially go bad. And bad beer will result in a skunked beer taste, cause it to go flat or even oxidize it.

So how do you know when a beer is just plain bad instead of just unique?

Here are some things at the top of list of things that can ruin the best beer:

Some beers are simply meant to be carbonated, either naturally from the fermentation process or unnaturally through forced carbonation.  Most of the time, if a beer isn’t carbonated (like a stout), it’s deliberate and is meant to be smooth.

One of the most popular style of beers known to have high amounts of carbonation is the American-styled light lager. And the best known beers in this category is Bud Light, Coors Light, Miller Light and Sam Adams Light. If these beers lack carbonation, then they're simply flat leading to poor quality mouthfeel and taste.

Need a flat beer though for cooking, removing stains or getting slugs out of your garden? Here is an easy guide on how to make a flat beer.

Typically beer will result in the "skunked beer" flavor when it is light-struck. And the most common types of beers to become light-struck are those in green or clear bottles like Heiniken or Corona.

A beer is more succeptable to becoming light-struck when ultraviolet light rays permeate the bottle and interact with the hops in the beer.

Bottles kept out of sunlight and UV lights can prevent this from occurring. What is more concerning is that Beer Advocate says that "bottled beer can become light-struck in less than one minute in bright sun, after a few hours in diffuse daylight and in a few days under normal florescent lighting." Wow - that's quick.

Ironically, stores tend to keep their beers under harsh lighting that can cause this, so here are a few tips to avoid buying the already-skunked beers:

The snap of a can opening or twist of a bottle top is the first signal of a fresh beer. The first time air touches a beer should be right before the beer touches your lips. If oxygen gets to a beer before then, it will likely affect the flavor and profile of a beer.

And oxidation generally leads to stale beer flavors because a chemical reaction has occured. As the name suggests, oxygen is typically involved although some other chemicals can act as oxidation agents.

The oxidation reaction are always occuring in a beer, regardless of how it is stored, and heat and motion (movement) can work to accelerate the oxidation. Improper seal on the cap or being in a cask or keg that has been left on tap too long will cause this in a beer. Oxidized beers can take on many different flavors, and sometimes the oxidized sherry notes are indicative of a beer being “vintage”, with sharp notes, but most of the time it sends to encroach on the other flavors of the beer.

Our friend at Professor Beer says that the best way to learn about the different oxidative flavors like buttery diacetyl, sherry or a metallic flavor - is to try them.
Follow these steps to get a more oxidized flavor:
Professor Beer recommends trying it with the following beers: Coors Light, Coors, Sierra Nevada Pale Ale and a canned Guinness stout.

Most of the time, craft beers are mixed and mastered by brew masters, so most of the time these beers taste the way they’re meant to taste. Knowing that a beer’s not suppose to taste like, though, will help you to have the best experience.

Is there something you'd like to add? We're all ears - drop a note in the comments section below.