If you've purchased beer lately, you most likely noticed that tons of delicious beers are now being produced in cans. Craft beers like Magic Hat, Harpoon and even Newcastle are no longer limited to just bottles. At first it seemed weird because the only beers usually found in cans were the mass produced Bud Light, Coors Light and the like. However, upon further inspection, it seems quite genius. 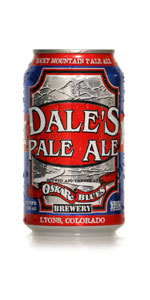 Here's why you should buy craft beers in a can versus a bottle:

There has been a lot of buzz lately surrounding the likelihood of beers becoming skunked. Sam Adam's Brewery recently released a commercial with "Bob the Brewer" stating that lighter glass bottles have a better chance of becoming skunked. Beers like Corona found in completely clear bottles allow all light in which expedites the skunking process. Green bottles (think Heinekin) allow some light, but brown bottles are the best. Well, even better than brown bottles are cans. They allow zero light in causing them to keep their crisp and intended flavor longer.

Scratch that. They are way more practical. They take up less room and get cold quicker.  Think summer BBQ's and tailgating. They're lighter and easier to carry to a party and when empty, are much easier to carry to the redemption center and to recycle than their counterpart - bottles.

They're also ideal for summer festivals, sporting events and boating because they're much safer than glass. Beaches, pools and most outdoor places do not allow glass. Simply because if they're dropped - they're difficult to clean up and unsafe. By choosing a can, you're not only following best practices recommended by outdoor events and places, but you're also saving yourself some messy clean-up time.

Have you tried your favorite beer in a bottle and in a can yet? Which one peaks your interest and why?